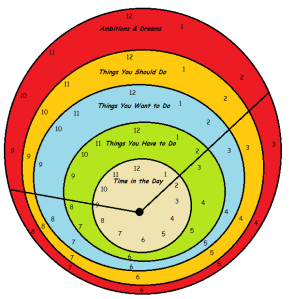 I’m trying something new when it comes to blogging. Usually, a blog post on this blog will take upwards of an hour, at least. That’s because I carefully concoct each one. It’s an alchemy of LISTEN TO THIS mixed with lots of sources.

The problem that this creates is the workload. So now, I’m going to try and just write something within 15 minutes and post it. Each one is going to be about the day at hand, and the eight million things that I’ve thought of.

That way, it can at least be a catalog I can review on a later date, like a cheesy direct mail thing that is delivered straight to the mailbox of my mind.

If hypothetical readers enjoy these outbursts, too, all the better. Here is what I thought today:

Perfectionism is the death of creation.

This syncs up perfectly with what I’m doing right now. The fear of making something slightly flawed can actually stop the act of creation completely.

Indecision is a big problem, too. After all, that’s just a fear of making something that’s less than perfect, right?

But if you ever want to make, like, an actual, tangible, thing, you need to just end up going for it.

Forbes called LinkedIn “the anti-Facebook,” which I thought was pretty nifty. I didn’t know that the statistics were so impressive: so far, the company’s shares have grown by 64%.

Consequently, a lot of leading recruiters and recruiting websites are tumbling dramatically.

I’m not sure why, to be honest. LinkedIn is a fantastic tool for recruiters looking to grab the best and the brightest, but what about, er, the rest of us?

During my terrible job searches, I never once counted on LinkedIn to give me a remotely accurate open position. The algorithm seems to be “Well, he said he’s a writer” = “Give all open positions with word ‘writer’ in the title.” 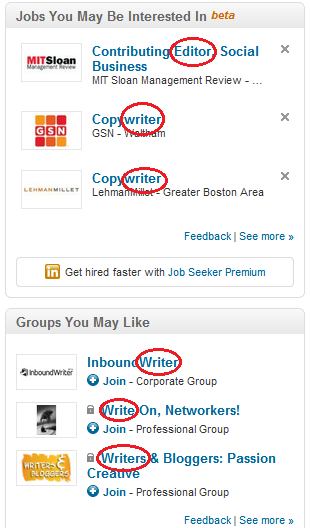 To be fair, it IS quite specifically in “beta.”

I may not be the target audience because I can’t fork over $8,000 for a super-premium account, but, you know, as a self-serving job finder, it still seems like a huge waste of time. At least to someone with my credentials.

Plus, I thought about my friend’s company. She works for an educational placement agency. Now, the demographic of employees on both sides of the spectrum (schools & placement counselors) aren’t the type of people who are in the habit of using LinkedIn.

That means that they’ll keep doing it the way they’re doing it. It seems like LinkedIn is mostly cashing in on the most aggressive, top-performing firms, particularly in the tech industry, so I don’t think it’s fair to ring the bell for traditional recruiting agencies. They just need to change their approach to keep up.

Forbes cited a number of really interesting imitators in the article.

The internet makes each day seem like a lifetime.

The internet, by the sheer volume of content, has successfully made time slow down to fractions upon fractions of a second. I started the day not knowing anything about LinkedIn, apps, or the Supreme Court’s feelings on healthcare.

Or maybe it’s not the internet, it’s just the act of learning that slows down time. That would explain school…

How is Mitt Romney going to debate Obama now?

Seriously. He said he would repeal the law when he’s elected?

A lot of today, I spent thinking about why there weren’t interactive book apps bursting from every possible news outlet, 100% of the time. After all, publishers should be capitalizing on that format if they want to stay in business.

Then again, most seem to be lumbering to their doom like dinosaurs, refusing to adapt to the new climate.

And I never looked in the right places.

During my lunch break search, I found one amazing new company that launched an interactive book app. The CEO and author also had a really helpful walk-through of the process, which was intriguing, but I don’t think I could quite foot the bill.

Speaking of apps, why can’t creation be democratized?

Weebly and WordPress are just two examples of great content management systems that have allowed basically anyone with a functioning knowledge of the internet to say, “Wow, I can design a website!”

Apps seem to lag behind. I know it’s a new medium, but it seems like creation is still a major barrier. I wondered why Google, the alleged/supposed king of content creation democratization, hadn’t made a tool that at least tried to do this… but then I found out that they did.

The App Inventor isn’t perfect, and Google discontinued it, but MIT now supports it and it’s really fun to play with. Now, you can wow everyone by saying, “Yeah, I’m busy right now… you know… making an app.”

I read a press release that said, no joke, “Millennial Opposition to President Obama’s Health Care Law High as Concerns About Loss of Indiviudal Freedom and Violations of Basic American Liberties Escalate.”

Besides the catchy title – clearly written by someone with the millennial attention span in mind – I visited the “Generation Opportunity” Facebook Page and found about 50% smoke, 40% mirrors, and 10% fans. But I was told that all the actual fans were on a different Facebook Page all together.

Terrific. I visited that Page. This other Page had more fans, but more smoke and mirrors, too.

I noticed the survey that may have been the one citing “94%” opposition to the healthcare bill. It had jusssst over 50 participants. Amazing.

I was full of outrage, but then I found article that already laid out just how terrible Generations Opportunity was, anyway. Thank goodness, I thought, this will save me some time when I have to write a longer piece about it.

This took me 25 minutes. Crap.