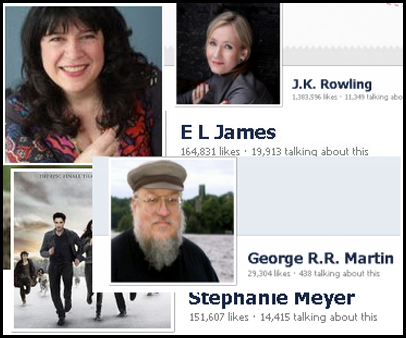 With more than 1 billion users registered with Facebook, when authors are considering social media to promote their books, it’s often the first Social Media Channel they explore.

Publishers urge authors to get acquainted with Facebook, too.

In fact, I recently overheard (at the gym locker room, believe it or not), that one guy who just landed a book deal has to maintain a Facebook and Twitter presence for the book as part of the deal.

So, yeah, Facebook is a big thing for authors… or so we think.

If you’re trying to start a Facebook Page, the experience is a lot different than if you’re just a writer trying to get more followers on Twitter.

Why’s that? Let’s take a look, then see how five famous authors are using Facebook Pages.

My biased view is that Facebook is a big waste of time for authors.

I’m not saying it’s unnecessary, but I suspect that, for the majority of writers out there, Facebook may not be that useful of a tool.

Yes, if you’re a big-time author, it might be good… but I’m still not sure.

I got curious enough to take a look at five famous authors “on” Facebook : 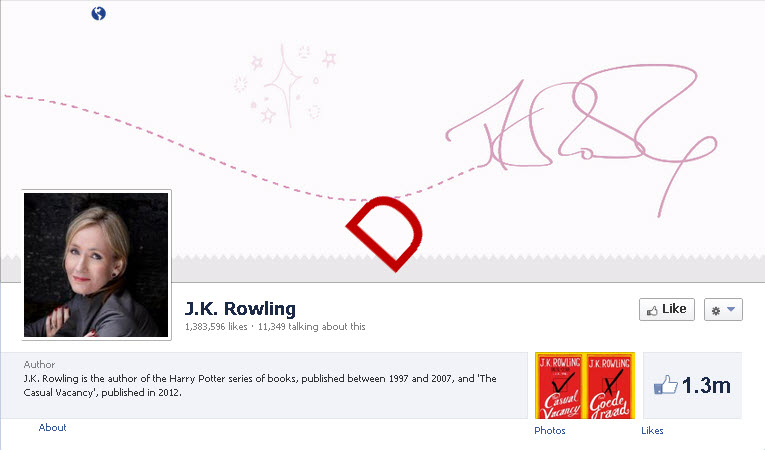 J.K. Rowling doesn’t personally control the Page. It was made in August, right around when her adult novel, The Casual Vacancy, came out.

Coincidence? Sounds riddikulous to me.

Obviously, the goal of the J.K. Rowling Facebook Page was to differentiate the author from the Harry Potter series and establish her as a separate figure who apparently only talks about The Casual Vacancy and has no other opinions, thoughts, or feelings.

What he uses it for

Nothing. In fact, the owner of the Page recently posted to explain to fans that George R.R. Martin doesn’t use any social media.

Why? He doesn’t have time.

Serving as a place for people to proclaim that they “like” George R.R. Martin. 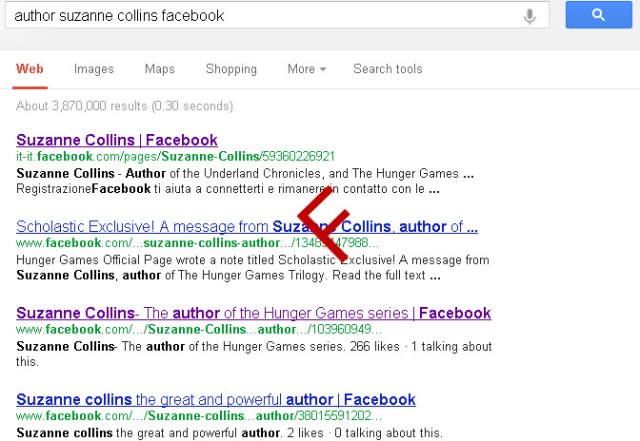 Nothing, because the link to the Facebook Page is broken.

Reinforcing my sneaking suspicion that authors shouldn’t have Facebook Pages. 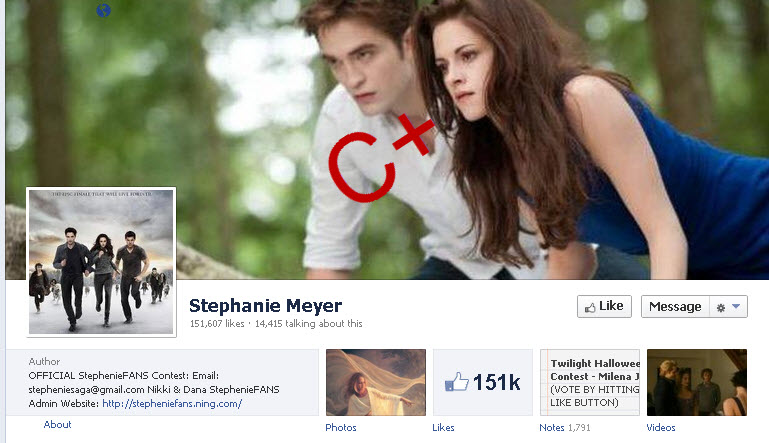 This is an interactive Facebook Page with lots of contests (some of which are in flagrant violation of Facebook’s terms of service) and things that showcase Meyers’ popular Twilight series. 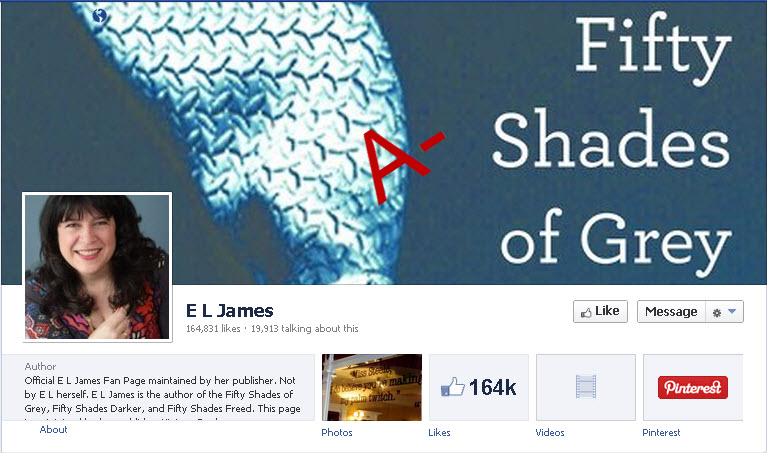 A publisher-maintained Page, this one is really a step above (if not an entire staircase) the rest of the Facebook Pages here.

It’s a place where fans can learn more about the books and the author.

We can take away three big things from this totally inaccurate case study:

2. Publishers have wildly different levels of proficiency when it comes to Facebook

3. Authors who essentially become their books have more fans and more interactive material

I gave the E.L. James Facebook Page an “A-,” because the Page fully blends author and book. Stephanie Meyers’ Page does this too, with less success.

However, no Pages seemed to actually respond to Facebook comments or get some input from the authors themselves.

That makes these Facebook Pages very similar to fan websites, except that they’re on an unpredictable, third-party platform that keeps making it harder for Facebook posts to get seen. 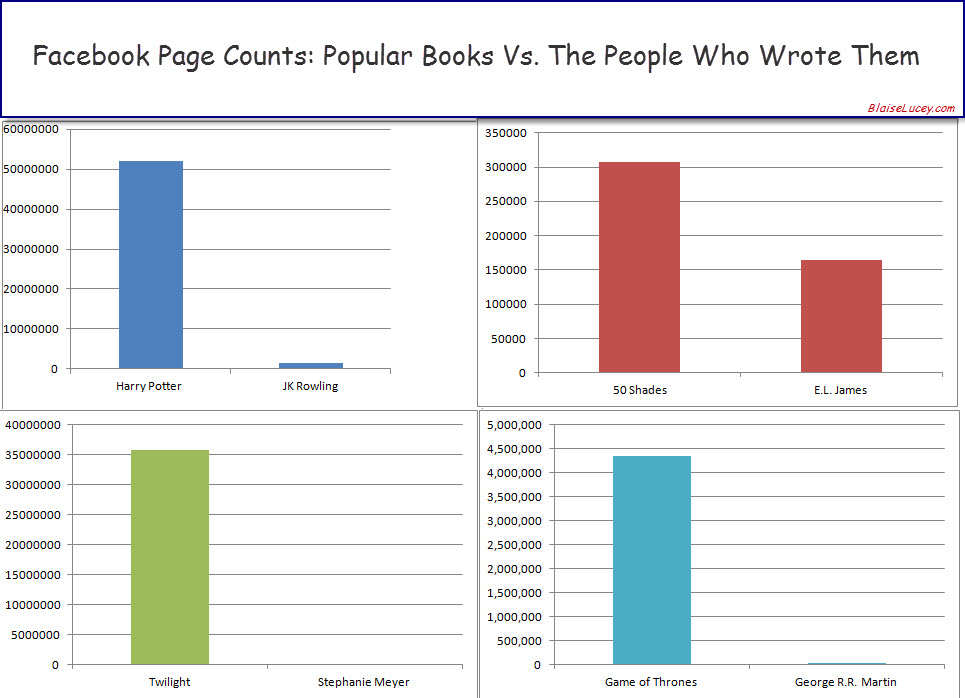 In every case, the Facebook Pages for the series that these authors wrote are explosively more popular than the author pages.

Also, we can observe that James’ publisher has really worked hard to kick this trend, seeing as that’s the closest count by far.

At the end of the day, ask yourself:

In most cases, I think the answer is your book.

Your book should be your brand. People are more likely to look up the book, anyway.

I’ll take it a step further.

My conclusion is that authors shouldn’t waste their time with Facebook until they’ve established an audience.

If you’re interested in creating an online author platform, check out my free guide about starting a blog that helps get readers for your creative work!