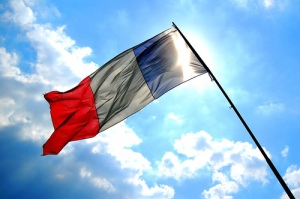 There’s a territorial dispute afoot, have you heard about it?

French newspaper publishers have accused Google of deterring would-be readers by displaying the first sentences of an article in “Google News.”

The working theory is that, rather than clicking into the website for the full article, readers graze and move on, like information-hungry cows wandering a pasture.

In an undeniably Napoleonic flourish, the publishers argue that Google should pay to show those appetizing sentences in Google News.

This isn’t the first territorial dispute between Google and newspapers: from Brazil to Belgium, publishers have taken up arms against the internet search giant.

One billion of those clicks come from Google News.

What does their battle tell us?

1. It is possible to argue that the French have gone “completely insane” over Google’s use of their content.

If Google decides to pull French newspapers from the search engine, as the company says it will do instead of paying, internet ad sales may drop by about 40%.

Why? Because advertisers base their payment on how much traffic a site gets.

Whether they skim the introduction or do click the article, the online readers of these French newspapers aren’t paying for content.

This harps on every blogger and self-published author’s fears.

We tell ourselves there has to be income at the end of the SEO tunnel. After a while, all those free short stories and thoughtful essays will pay off… right?

In this day and age, you need to find another way for your free content to pay you, because the odds are good that readers won’t pay for it.

Big, high traffic websites like newspaper sites can depend on internet advertising and search engines for revenue.

Authors will probably never get that kind of traffic – we need to find different ways for our free content to make money. The natural fit is making content that gets people interested in your non-free work, like a self-published book.

Businesses already do this by using a free blog post to drive potential customers to a free guide that then gets them interested in a product.

I don’t know why newspapers haven’t done this already. Publishers should seriously consider ebook anthologies that just collect all of the year’s articles about different subjects and embellish those with exclusive guest columns.

Curating your own content for audiences is going to be a huge thing in the future, especially as online content itself continues to grow at a nearly exponential rate.

3. Your stuff has to be amazingly unique and well-written to stand out

The problem that French newspapers say that they’re having is actually kind of ridiculous.

If people read the first two sentences from Google News and feel that they’ve gotten enough out of the article, then shouldn’t that be the article’s fault?

There’s another problem with Google News: it aggregates similar news articles and piles them together.

Search engines force your content to compete with everything else about the subject, so you better stick out somehow.

The biggest takeaway from Google and France’s content war is that visibility matters.

No matter who you are or what you’re using the internet for, you need to think carefully about how you’re going to make your content visible and relevant to the audience you’re trying to reach.

In short, the French publishers are arguing that their content is getting less visibility because of Google’s article summaries. And, in many cases, visibility is what pays the bills.

Since Google itself is an engine that is all about making relevant content visible for the people looking for it, that’s wrong.

Even if some people are grazing on those article summaries, Google is also driving a lot of other readers to the websites who would otherwise never see them.

1. Visibility is currency in the age of free online content. The more people that read your stuff, the better chance you have to convince them to buy your other stuff

2. Google is integral to the visibility ecosystem, which means that you need to always write content for search engine optimization and think about who will be searching for it

3. E-zines and other online outlets may not be able to pay authors for short stories in cash, but getting your name out there is its own form of currency.

4. Websites have to act as the hub of your content, whether it’s free or costs something. You need to give potential readers a final destination.

5. Curation is the future of content: companies and artists alike are going to have to learn how to give people the content they want in an order that will drive them to gain interest in buying your other content.

Looking for more help? I’m working on a guide to Facebook & content marketing for writers looking to promote their books, due early 2013.

If you’re interested, sign up for The Creative Brief, my free monthly newsletter, and I’ll email it to you as soon as it’s ready!