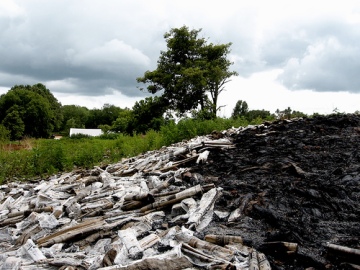 Lately, there’s been a lot of discussion about one of the newest advertising tactics in the journalism world: native advertising.

You’ll have a series of copyright-infringing GIFs, generally stolen in some capacity from other websites, and, at the top of the article, you’ll see that it’s sponsored by Jack Daniels. Or JetBlue. Or whatever.

The idea is that people reading the article will start thinking BuzzFeed isn’t the only company that can put together some fun GIFs to help people avoid reading anything meaningful. That association will, in turn, benefit the brand.

The BuzzFeed / brand relationship is a dubious one at best, but investors are convinced – that’s part of the reason that BuzzFeed just got another $50 million in funding. The real issue for people, though, is that other publications – like The New York Times – are publishing “native advertising” content, too.

This is turning out to be a huge revenue generator for news publications and a great way to build brand awareness for the company. But when branded content starts flowering in every crevice of a news outlet’s website, it becomes more difficult to decide which is good to eat and which is a poisonous, subjective berry.

Now, I’m in PR. I do content marketing. We have access to serious experts in the field, because they often built the solution themselves. So we can tap into their expertise and create content based on what they say.

However, there’s virtually zero chance we would write a negative article about what the company does. That really doesn’t make sense, does it?

Yet that doesn’t prevent news media from writing negative articles about the same solution in the same issue. The way I see it, native advertising can comfortably rest in a publication as long as the publication is balanced by other content and other opinions. This isn’t ideal, but it’s not much different than print ads and other sponsorships. And at least it keeps newspapers alive.

Optimally, we wouldn’t have publications that are begging for corporate subsidies to keep running. But what’s the alternative?

Already, 69% of all domestic news revenue is tied to advertising. The Wall Street Journal is owned by News Corp. ABC News is owned by The Wall Disney Company. Carlos Slim owns 8.1% of The New York Times. Forbes was just purchased by Integrated Whale Media Investments, a Hong Kong investment group.

Corporations and media have been mixing for years and any notion that they do not is misguided at best. Native advertising at least guarantees some independence of corporate agendas.

Because, at the end of the day, the death of newspapers is your fault.

Consumer, Consumer on the Wall

When the media depends on corporate sponsorships to survive, then there isn’t technically an “independent media.” But, as Jon Oliver said on his show, “Last Week Tonight,”

“This is all at least partially our fault. A press cannot be free and independent if nobody is willing to pay for it. And it seems nobody is going to.”

If consumers paid for news, news could be independent.

The same goes for music or writing or any kind of content. If everyone who read this article paid me a dollar, maybe I could be on my way to becoming an independent something-or-other, too. The Internet has created a potential paradigm for all content creators to express themselves freely, forever. Except the free expression is all free.

So advertising is the necessary cornerstone for all this great “free” news that you read.

In the above infographic (source), you’ll see some hopeful stats from the Newspaper Association of America (NAA). It doesn’t take long to realize that most of these young “newspaper” readers are reading stuff online. How many are actually paying to read the paper online? Or at all?

Not many. How do I know? Because otherwise the NAA would have a stat about it.

Only 10% of The New York Times subscribers are millennials.

We’re presiding over an unprecedented era of “free” news that has to be sustained by some form of advertising, because no one else is paying for it. The solution is simple: start paying for news, or start expecting more native advertising content.