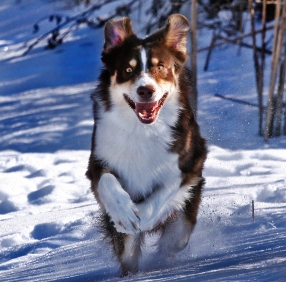 The general grumbling from book publishers and bookstores alike is that the whole eBook format is going to destroy them. Smart-mouthed, tech savvy people who like Disruption are quick to agree. They call publishers “dinosaurs” who don’t get it, and other mean things.

Really, publishers are trying to get quality books into the hands of readers.

When there are no filters, self-publishing threatens that notion of “quality” in a big way (as we can see with the acclaimed werewolf love stories).

But a lot of the time, authors are self-publishing because they have no choice. Publishers won’t take risks on unknown writers and certainly not on unconventional fiction. They’re more inclined to support blockbusters and nothing else.

Publishers have just had to adapt. We saw that when Random House and Penguin merged. And now, finally, it looks like they can finally say the word “eBook” without grimacing.

The flexibility of digital

“The thing with digital is that you’re not as adhered to a single format or price point… You can do a novella, you can do a short book that leads into a longer book, or a book that bridges between two different books from the same author.”

In other words, the monetization options are limitless for creative publishers who embrace eBooks. That’s why both Random House and Harper Collins have recently founded new, digital-only imprints (which have gotten extremely mixed reviews). They want to experiment.

But… there’s a catch.

Ebooks are all genre, all the time

What publishers have discovered is that genre eBooks – fantasy, sci fi, romance, mystery, thrillers -are the ones that sell. That’s why you have Stehlik talking about so many different opportunities for linking different books.

The money is in the series, and now a series can mean a lot of different things.

This may cause literary authors to recoil in fear. I’ve talked a lot about commercial fiction being the only viable outlet for making money from eBooks in the past. But again, if Bill Watterson’s Calvin and Hobbes has taught us anything, “commercial” and “meaningful” aren’t antonyms.

And guess what? People who read the most voraciously are genre readers. They want to read to relax and feel entertained. That’s the audience publishers are now chasing, because the genre fiction reader has fled to digital.

The Association of American Publishers found that 20 percent of books sold in 2012 were eBooks, but:

Okay, so publishers are adapting to eBooks, instead of freaking out. That’s good. But there are two problems with this new arrangement. These are the ones that freak me out:

1. Publishers Are Increasingly at Amazon’s Mercy

Where do you go to buy eBooks, really? Ask most people and they’ll say Amazon. I would never think of going directly to Penguin’s website or something. That feels weird, even to think about.

Publishers simply don’t have loyal customers, because their brand has become so diluted by such a vast line of products. So, they’re left to scramble for promotional muscle or partner with Amazon.

My friend, whose mother owns a bookstore, once told me that Borders used to have people sit on meetings with publishers about book content. They essentially helped create the book to their liking, before allowing publishers the best displays in the store.

This suburban legend could come to life as publishers look for new ways to promote their authors’ books. Or they’ll have to completely reinvent the way books are marketed. Which is hard, because a book goes through a very unique and very unreliable purchasing cycle mostly based on recommendations, not banner ads.

2. Author Performance Will Be Tracked

Publishers can use eBook data to track exactly how readers interact with a book. Did they finish? Did they stop at a certain page?

With those kinds of metrics in hand, they will have a lot more editorial oversight into the writing process, advising authors when to put in a plot twist or how to “optimize” a prologue to pull people in. This is an almost unprecedented amount of deep-dive data for an entertainment product, because videos and music can’t be nearly as monitored and fine-tuned for success.

My question is whether a book optimized for the best possible reading experience will actually be any good.

But, the light shines through…

Despite any reservations, there’s something that gives me a lot of hope about this emerging development in the publishing industry, and it’s this quote from Stehlik:

“It’s the first time in about fifteen years that we’ve actually increased the number of authors and books that we’re publishing.”