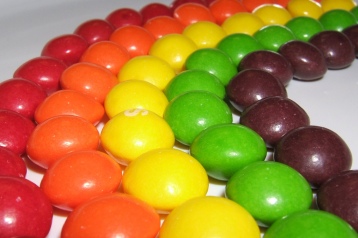 Jane Friedman thinks that self-published eBooks are going to have depend on a “readership that consumes books like candy.”

The idea is that you should write a lot of stuff. Publish it. Then, you repeat until you make a profit.

Essentially, this means the books themselves will be like candy. Sweet, short-lived, instantly gratifying… and maybe a little unhealthy for literature.

Here’s what Friedman, an editor at The Virginia Quarterly Review, says the basic model for these sugary eBooks is:

“This model doesn’t care about quality. It says: You will get better as you write more, and besides, everyone knows that quality is subjective. It says: Don’t waste your time perfecting something that you can’t be sure makes a difference to your readers or your sales… According to its rules, the author is better off producing more salable product, which, over time, snowballs into more and more sales, and people discovering and buying your books.”

She points to genre fiction as the biggest beneficiary of this model. The romance, the thriller. The young adult, the erotica.

In other words, stuff we call “commercial.” Things that sell, but aren’t appreciated by the critics.

Why are these the kinds of books that succeed?

Genre books are the only type of books that sell well enough to sustain a candy-like production and consumption model.

Sure, we write because we love it. But how great would it be to get paid enough by your books to write them for a living?

For self-proclaimed literary authors, that’s looking like a more and more remote option.

Friedman predicts that literary books, the novels that go beyond genre limits, are doomed to languish if they are banished to the realm of self-publishing.

Iif literary authors want any kind of success, they need to find a contract with a publisher.

This seems unfair to anyone who’s trying to write the Next Great American Novel, because…

Let’s be honest. “Literary” novels are not accessible. They can be a difficult sell, particularly in this climate.

Most are depressing or scathing or painful in some way. People don’t generally go out of their way to read a 200-page critique of American society for fun.

Therein lies the problem: candy is much more satisfying to eat. You know you’ll like candy.

But a gross apple? No thanks.

If you don’t have a powerful institution like a publisher out there, hawking the health benefits of apples, you’re going to have a tough time convincing people to eat apples instead of candy.

If we are actually witnessing a permanent decline in the sales of print books, then publishers are going to become more profit-driven than ever before.

Sure, you could get the piece published without a publisher’s help, because publishing is just the click of a mouse nowadays.

But that doesn’t mean people will read it.

I read somewhere that when the latest serial chapters of Charles Dickens’ novels were shipped into the docks, people were so eager to get their hands on them that they jumped into the water.

And no, I don’t feel like looking it up to see if it’s true.

This year, one of the novels that attracted the most attention was Fifty Shades of Grey, a run-of-the-mill erotica novel that sold more copies than any other book, anywhere, at any point, in the U.K.

If that’s what’s selling and causing people to jump off their virtual docks nowadays, what can anyone who’s not writing a romance or erotica eBook do to make any potential splash in the market?

To actually combine marketability with literary quality, authors are going to have to make candy apples.

Whether you want to market your book to a publisher or a bunch of readers after the novel is self-published, you need to take the candy approach.

I really think that the key to success now is going to be finding artistic ways to combine the commercial with a message.

How do you do that? Think about who’s going to read your book before, as, and after you write it.

You’re marketing a product and an experience and you need to think about your audience.

Think about that again:

Start readers off with something accessible. As they start getting hooked on the book, they’ll get to the apple beneath.

In music, Fela Kuti became a master of the low culture/high art combination: dancehall music with underlying critiques of the Nigerian government.

In stand-up comedy, everyone from Chris Rock to Eddie Griffin went from jokes about sex and gender to bold remarks about racial politics and national affairs… as their appeal grew.

Whether your writing style is weird, your book doesn’t have a genre, or you’re trying something new and revolutionary, you still need to think about who’s actually going to read it.

The fact of the matter is that popular, commercial books can get so popular these days that they can squeeze out all potential competitors from the space.

The internet has made a scant few books blockbusters and all others losers. As writers, we need to adapt to that trend.

And I think it starts with candy apples.

9 thoughts on “Are Commercial eBooks the Only Things You Can Write to Make Money?”