When George Lucas was pitching Star Wars and every major studio was rejecting it except for one, he probably couldn’t have imagined the three words together: “Baby Yoda memes.”

Although, given that the word “meme” orginated from the Ancient Greek word of mīmēma (“imitated thing”), maybe Yoda himself – a connisseur of broken English translations of ancient languages – would approve of Baby Yoda memes.

Baby Yoda memes have become a true viral sensation. Every social network is infected. Millions of hearts have melted upon sight of a speechless, big-eyed creature in a space western.

But why? And what does this mean for the future of streaming?

Beneath the sentiment, the true Force behind Baby Yoda and Baby Yoda memes, isn’t Star Wars or The Mandalorian. 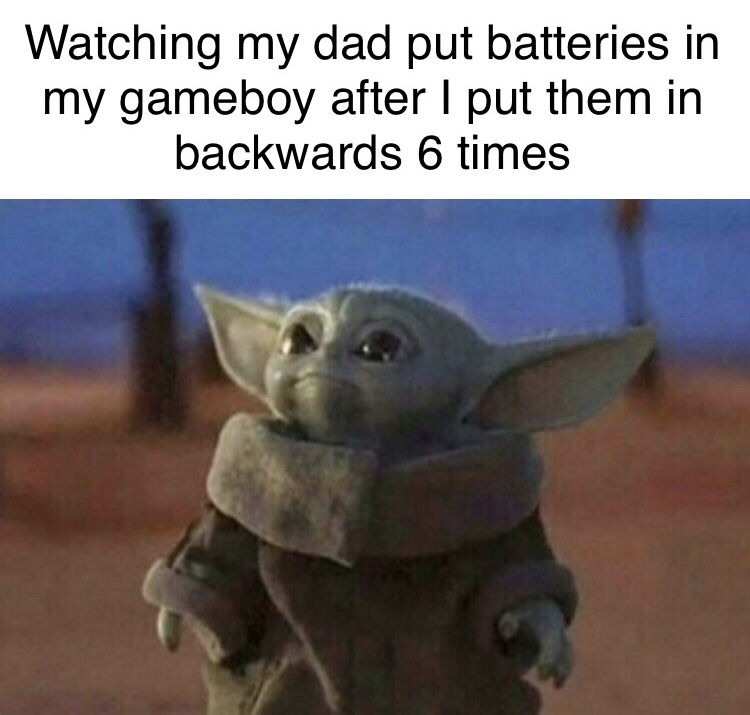 I worked at a company back in 2012 that worked on radio ads and print ads. We presented to small businesses and worked with nonprofits to build email programs. One organization, the ASPCA, taught us a valuable lesson when it came to advertising:

That stuck with me. Because puppies don’t just sell product. They sell ideas, values, and emotion. Baby Yoda memes are just dog memes. And dog memes are popular.

Instagram’s @jiffpom, a neatly shampooed dog has 9.6 million followers and each post regularly sees more than 100,000 likes. Also, an actual management email in his bio. Jiffpom is evidently a tough negotiator.

If we’re looking at Disney+, still a nascent streaming network, there is a clear line between the emotional attachment evoked by “The Child” (as Baby Yoda is known in The Mandalorain) and the original mascot of Disney: Mickey Mouse.

Emotional images go viral. Baby Yoda was made for this.

What’s in a Meme?

“I only hope that we never lose sight of one thing – that it was all started by a mouse.” – Walt Disney

This year was a watershed moment in the history of streaming services. Apple TV, Disney+, HBO Max, Peacock, Quibi, and Discovery/BBC are wrestling their way into the ring with Netflix, Hulu, Amazon Prime, and others. Even if viewers could afford all of these admittably under-priced services, there’s the question of time.

How will people prioritize what to watch? How can shows stand out?

When all these streams need all of your attention but fewer people watch them because they’re watching other services, how does any show make money?

Baby Yoda may be teaching us the way.

Companies specialize in creating real-time merchandise based on the latest meme. Gotham City Online, “a novelty merchandise maker”, recently spoke to CNBC about the business of merchandizing memes:

Finding the next best meme to monetize requires sellers to remain tapped into the places where users, often members of Generation Z (age 22 and under), are sharing them.

For Jonathan Garriss, CEO of novelty merchandise maker Gotham City Online, that means paying less attention to Facebook, which he said has become saturated with outdated memes. Instead, he relies on staff who frequent more youth-oriented spaces, like Reddit, while monitoring search trends to see what’s gaining popularity.

“We try to find memes that have a little more staying power,” Garriss said. “There are things that are popular this week and not popular the next. We try to avoid those.”

Speed is of the essence when it comes to the meme merch machine. As The Atlantic notes:

“One of the biggest factors in a meme dying is if a meme gets overused,” says Jason Wong, the founder and CEO of a meme-focused e-commerce business called Dank Tank that sells merchandise like Tide Pod socks. “People today are consuming more memes than ever. The expiration date for them has shortened more since even last year. Memes used to last for two to three weeks, but recently we’ve noticed they die after just a few days.”

Well, since the November 12 launch of The Mandalorian, there have been 23,952 “Baby Yoda” GIFs created and shared on the site as of December 19.

On average, 630 Baby Yoda GIFs were created every day.

In the meantime, the viewership of The Mandalorian surpassed all other shows in the first few weeks of  release.

This is where I started to wonder: is there a business to be made by creating memes for profit? What about memes that seed an idea or a movement or a product before launch?

I originally found the down-to-earth construction worker through a tweet.

Except he wasn’t just a construction guy. He was just a phony.

After amassing 485,000 followers, it turned out that yes, Omar was a real person. But no, he wasn’t an ambitious construction worker who wanted to become an influencer. He was the carefully manicured presence of a coffee shop.

Omar is an interesting example of what’s to come as businesses study how memes spread online. Omar became a meme and a persona. While he was a “real person” in “real life”, his social posts were written for him.

This is only the beginning.

The next generation of influencers won’t have names. They’ll just be pedaling memes.

From the looks of it, Facebook, with the launch of a meme-making app named (in what I can only assume is a hat tip to Melville) “Whale”, is already thinking about this.

The Trump Presidency was a meme-first presidency and 2020 will be when we start to see a flood of more memes with more agendas.

The only real question is if the curators of the meme spawning pools across Reddit and Giphy and Instagram will decide that the content is okay – a la Baby Yoda memes – or if they will downvote it to oblivion.

What is “authentic” when it comes to memes? In a world where repurposed content is already currency in itself, does authenticity matter?

Given that Baby Yoda is already a product of Disney and people already buy memes, I can guess the answer.