Today marks a new low in Facebook’s share value as the initial lock-up for employees ended and some key people left the company.

This has prompted a flurry of speculation about whether Facebook is doomed or not. I’m not going to add my arrow to said flurry, but I’d like to take a step back and ponder what this dive really means.

Because, believe it or not, it’s not because Facebook is bad for business. I know that, because, as a content developer for Constant Contact, I’ve interviewed dozens of small businesses and organizations that have seen some tremendous successes on Facebook.

There’s the bookbinder that made $15,000 from Facebook. The hardware store that made more than $30,000. The nonprofit that raised $10,000, the fundraiser that raised $600 from a Facebook campaign. The list goes on and on.

Businesses are getting used to Facebook. According to Facebook’s S-1 Filing in February of this year, about four million businesses have Facebook Pages.

The biggest obstacle is how consumers “Facebook” in the first place. 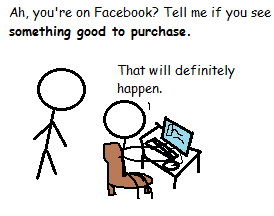 Since 2006, it has gone from a slick, cool, quasi-rebellious space to the place where moms post pictures of their kids.

That’s fine. But on either end of this spectrum, there’s no dollar signs involved. It’s not that businesses can’t get success from Facebook marketing, it’s that Facebook’s 900 million users are incredibly hard to mobilize.

Whatever people are using it for, it’s not purchases. 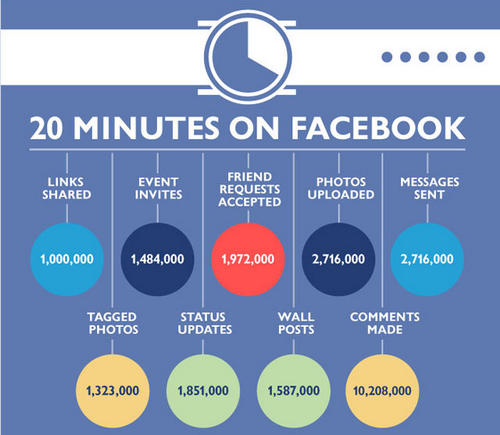 Facebook is doing a lot of things right, despite the bad press (social gaming & Instagram look especially promising). There are still businesses and organizations that are getting leads, sales, and donations every day from it.

Facebook isn’t going away, but it’s certainly not going to stay the same. While I’ve talked to a lot of people who have had success with Facebook marketing, I’ve talked to many that haven’t.

There is an entire dictionary’s worth of vocabulary involved with social media marketing that has effectively created a language barrier among business owners.

Facebook could solve this by aggressively offering free workshops and seminars across the country. Heck, that could even help with the gloomy unemployment statistics for millennials and I know we wouldn’t mind.

Facebook could also bring back Like-gating and, simultaneously, limit the number of Facebook Likes available to each user. That could make it much more important to get those Likes and give organizations the knowledge that they are some of the chosen ones.

If Facebook does adapt, it will still remain one of the most prominent social media sites.

First, though, it needs to acknowledge that it’s a grown-up company. Like many of Facebook’s once-exclusive, college-age users – such as myself – it’s time to acknowledge that the world of social media isn’t what it once was and to keep succeeding in this new world, some radical changes have to be made.