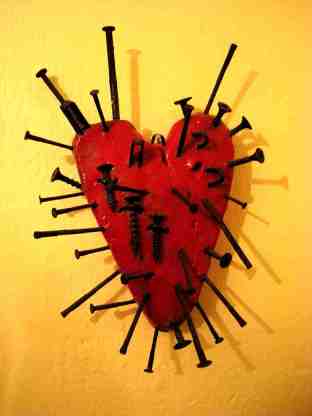 It’s been an uphill battle for indie musicians to make a living. Forever. Dwindling CD sales haven’t helped much, either, along with the pittances paid by streaming radio stations like Pandora and Spotify.

Well, as rumored, YouTube is planning a premium subscription music service now. And, as expected, indie artists are apparently getting way worse deals than the major labels. If they don’t sign onto the new service as it rolls out, they risk being dropped from YouTube “in a matter of days.”

That would be fine if YouTube wasn’t aggressively persuading (ahem, forcing) indies to join the music service.

[Trade organization] WIN claims that the company [YouTube] has signed lucrative licensing deals with major labels Universal, Warner and Sony, while demanding that independent labels sign up to inferior terms or face having their videos blocked from YouTube’s free service.

Seem a little harsh? Maybe, you might be thinking, the videos would just be blocked from YouTube’s new music service, not the whole site. According to WIN – and clarified by The Guardian:

That means the rug has essentially been ripped out from underneath musicians’ feet. All of the music videos, albums, and songs independent artists have uploaded to YouTube, the things that have gotten thousands upon thousands of views for YouTube… might disappear. If you don’t sign something.

So how did we get here? And is there any escape?

Lately, bands have noticed that Facebook fans aren’t coming to their Facebook Pages as much. Because Facebook wants more money for more visibility. All the fans that bands attracted to the Page, all the content they posted there, is being sent out to a smaller and smaller audience. Unless you pay Facebook.

There’s nothing inherently “wrong” with this model. As demand for audience goes up, the barriers to entry are going up, too. The bigger players are the bigger payers. Fans are getting spammed by dozens of different Pages. Facebook decided to dial down the spam by creating a pay-to-play model.

It’s a for-profit company, which makes any whining about this development very poorly informed.

Unfortunately for indie musicians, the same principle applies to YouTube. I’ve been surprised that Google hasn’t tried to monetize the service sooner. It’s still been something of a no man’s land, a throwback to when anything seems possible and anyone can get famous.

YouTube’s new monetization model might change that. But by how much, really? And do indie bands have the right to complain? You own the content you put up there, but you don’t own the platform.

This is the same basic misunderstanding that occurred with Facebook. Bands felt betrayed when the company decided to start making a profit. You never owned that distribution channel. Facebook wants money from you. YouTube wants part of that profit, too. And, since you don’t have bigger pockets, YouTube is going to dig deeper into yours.

That said, I think there are going to be some benefits here.

This is cutting into every band’s profit margins. There’s no need to download albums from sketchy websites or hack through the foliage of pop-ups and dummy links. The albums are just there, uploaded by “fans” who “like the music” and want to “share it.” Despite any copyright infringement or negative impact on the band’s album sales.

YouTube’s premium music subscription service could change this model forever. The people making advertising dollars for just uploading some album they bought will be banished back to the netherworld, where their bizarre expressions of musical passion (i.e. sharing their favorite band’s stuff, for free and without permission) belong.

Why? Because now Google might start caring more about whether music is or isn’t allowed by the artist. Since every artist will apparently be obliged to sign up with the premium, subscription-based service that’s making Google money, the company may actually take steps to finally crack down on illegal music uploads.

In Another Corner: Net Neutrality

Here’s where it gets funky. I’ve talked about how the end of net neutrality could affect writers and musicians and artists before. Essentially, an ISP like Comcast could create a data package of premium bandwidth websites for subscribers to access. Everything else would be horribly slow.

This matters. If independent musicians want to start a new music video streaming service, it could very well be slower than YouTube. Why? Because the ISPs don’t have to treat all traffic as equal anymore. They’re already charging companies more money for high bandwidth usage (like what just happened with Netflix and Verizon).

If a startup music video site can’t afford the premium bandwidth rate required by the end of net neutrality, music videos would slow to a crawl.

So, essentially, YouTube is the ecosystem of music videos and, if the end of net neutrality goes the way I think it’ll go, it would be very hard (without a ton of money) for independent musicians to create an alternative if they decided they didn’t want to get screwed by unfavorable contract terms.

As I mentioned, though, there is some light in this digital gatekeeper darkness. I’m hoping that YouTube will try to crack down on illegally uploaded albums. And maybe there will be some promotional features that bands can use that could make up for the less-friendly royalty terms for independent artists.

We’ll see. I’m hopeful, because if Google makes more of a conscious effort to organize YouTube’s content, it might actually benefit everyone. The only problem – and it’s a big one – is that the power structure that was flattened by YouTube – and the digital era in general – is now being supported by it.

Error: Twitter did not respond. Please wait a few minutes and refresh this page.